Well, here’s the thing. I started this website nearly a year ago, and got a few posts together. Then when my ‘tech advisor’ did the student exchange thing, everything suddenly got much harder… I had no clue what to do on the technical side! This seemed to put a whole block into my head and then when life took over, the Knightshoots revamp ground to a halt. On the plus side, the filming jobs I had all over the winter and early spring, took me to some great locations for photography, and I had an exhausting time out at several of them… and yet more eventful adventures. My Instagram shows some of them. One of those adventures in particular, was so scary, I ended up putting up four posts to chat about one single, really bad, day. I hoped to warn others about the sea and its dangers. This was much more akin to the posts I wanted on here… fuller, and able to tell the whole story much better. Interestingly these also ended up my most liked posts, letting me know, that you do prefer to read a fuller adventure. Shortly after that, I was busy with work again, and a lack of self discipline mixed with some low periods, just compounded the issue I was having in updating this site.

Then Covid-19 happened, and I suddenly had a lot of time on my hands.

As it goes, I was able to fully make use of the time, both in house, and with some personal projects… and I actually complained that I STILL didn’t have enough time for everything! I am very lucky compared to most, in that I have an absolute TON of interests, and actually found the restrictions really helpful in getting me to narrow down my focus and get the things done that I had been neglecting for far too long. (I imagine, that this happened to many people up and down the country, judging by the queues outside the DIY shops!) Anyway, once the main jobs were well under way, I had a conversation with a friend about all things camera, and had to confess to him, that apart from three very small in house camera sessions, I hadn’t gotten the camera out once. He embarrassed me by telling me he had been able to get out more than that himself… and I knew he was working excruciatingly long hours. I haven’t been out of the house AT ALL except for a few shopping trips, and that was only because I had to. Embarrassed and ashamed doesn’t come close to how I felt!! My only answer for him, was that I had been able to get back onto working on this website, which was the only thing photography that I had been able to really engage in.

I have absolutely NO idea what’s stunted the photography. Just about everyone I know and admire were working on projects in their own homes. Don’t get me wrong, I did try a couple… water droplet refraction… dandelion clock macro’s… but they just didn’t excite me enough to get me going. My main household ‘Covid project’, is to kill the concrete look by adding some plants, and making it more of an inviting ‘garden’, this (and my friends achievements with his pictures) encouraged me out into the garden to try and photograph some birds. Although, without much greenery, it proved complicated and I got a bit bored of just shooting sparrows and starlings, as very few other species visit at present… Oh – apart from one blue tit that I have kept trying to capture without much success – (yet!) The sparrows have been fun though…

I tried to learn Photoshop properly. This wasn’t particularly successful either, as I struggled on knowing where to start, and then when I thought I had worked out a good learning path, I kept getting distracted, then got lost again. All this tells me that I probably have attention deficit, or something, as I literally cannot stay focussed on a thinking job for too long (never have been able to) and when I do, I get very bored very quickly. On top of this, memory retention has always been chronically poor as well, as fast as I learn something new, I’ve forgotten what I learned yesterday. Rather interestingly, I did try ‘twirl’ editing… I did this one over and over for a whole day without getting bored, and had to force myself to stop – I found it really addictive and it produced some stunningly beautiful images… actually it also produced quite a few that didn’t work so maybe it was not knowing the final result, that kept me entertained…

Despite everything though, I learned a little in all the things I did, and if my brain can retain it long enough, hopefully I will be able to use it when I do get out again. Meanwhile, I focussed on getting this site going again. Reliving my adventures was easy, and no chore at all.

I started by looking at the few posts I had already written for this blog. I want this to be a big part of this site, so decided that I would readdress what I had written, and literally write the whole trip out with all the ups and downs that I had experienced. I went back to the start, and pretty much rewrote everything, editing new pictures where needed, and wrote a lot more posts to fill the story up in a fuller way. Weirdly my memory came flooding back as I looked at the photos and my diary entries, and I was able to fully relive the events to such an extent, I was in a really foul mood (mimicking the one I felt at the time) for several days as I typed the Loch Fada/Bheinn Shuardial and Loch Slapin/Elgol/Portree entries!!! I put all the trip entries into order, so you can follow each day as I experienced the trip.

I decided to keep some of the original photo edits in. I was rather interested in seeing where I had grown in that area, and thought that it might be nice to continue watching that. Its good for me to see my growth, and if that interests you, or if you are just starting on your own photography adventure, its good for you to see too. This is all about my learning curve after all, and though its likely to be a slow curve, its a good boost to go back and see that change and improvement has indeed been happening. Sometimes I go back to some of the old edits I did a year or two years ago – pictures I was proud of at the time… and I cringe at them big time now. Its a good cringe though, because it shows improvement, and we should never be embarrassed of improving, or of the steps that we have had to take to get us to where we are going.

To that end, until I can get myself out again, or when I have times where I cannot go anywhere, I am going to go back and revisit other older trips, and let you see the other stops in this journey. I will try and use original edits where possible, and maybe even use them as a discussion point in a different post. For now, I am going to press ‘live’ on this site, and let you get started with me on this whole adventure. I hope you enjoy following these with me!

Isle of Skye, Highlands, Scotland
Planning, Prep and my Self Challenge 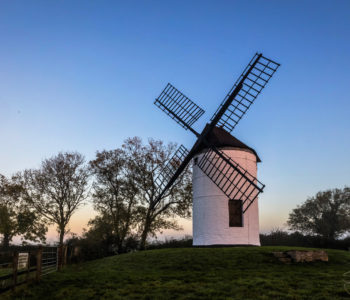 Introduction to my blog