I woke up at 4am to the sound of rain. Glanced outside. No chance of sunrise. I went back to sleep.

What a good start!! Actually the sound of rain on the camper roof was really, REALLY soothing, so going back to sleep was incredibably easy. Also, without any pretty sunrise sky, I could do so without feeling any guilt. I am prone to inflicting guilt on myself, as are many of us I guess. Its a weird thing we do to ourselves, and I had many conversations with myself about the pointless ideas, ideals and emotions I had unnessessarily forced upon myself over this trip. Hopefully with all that admonishment I have learned a thing or two about being kinder to myself…

Anyway, when I eventually did get up, It looked grim, and visibility was poor, so I was very reluctant. I made myself breakfast, and a cuppa, and having a pretty chill start really. The time came eventually however, when I finally made myself go out. Intitally it was just for a walk to look at Noss Lighthouse, which was also on this site… but after one look of the misty light house, I hurried back to get my camera. Why on earth was I being so silly? I should be looking for a shot, not just waiting for one to jump out at me… and if it didnt work? So what? Its the experience of looking that I was hoping to learn, on top of reminding myself of some of the basics. Here I go again, telling myself off…

What drew my attention, wasnt just the lighthouse, faded a little in the now rising mist, it was actually the really pretty grasses in front of it, heads hung with the weight of the water droplets that dripped from them. I thought I might try a low shot, taking in the grass as a featured foreground, having the lighthouse, almost as a second thought in the background. I wasnt altogether sure whether the idea would work, but it was worth a try at least. I was kinda shocked that I was actually thinking this through… thats not a normal trick of mine!  I took several shots, both in Landscape and Portrait orientation, (but I much preferred the portrait ones) then I tried 3 different focal positions, foreground, mid, and background so that I could attempt a photoshop merging with everything in focus front to back. The merge didnt come out too bad for a first attempt, although, in future I probably need to make more focal points if there are a group of plants. It didnt come out 100% sharp in a few areas between the focused areas. but its good enough for a first effort I think!

After that I wandered around in the mist, (which had dropped again and reduced visibility quite considerably) looking for a sandy bay that was apparently here. I entered a field, but really struggled to see very far, so abandoned that search for now. I didn’t quite feel up to blindly walking off a cliff this early in my trip! As I headed over towards the castle, I got sidetracked by a little bay I thought might be it after all.  It seemed a little steep getting down at first, but in hindsight, I suspect it was just me not used to the outdoors after such a long time in lockdown!  There wasnt much to see down there really, and it certainly wasnt the bay I was thinking of, with no sand at all and the view narrowing down because of the high cliff edges. The sight in front of me only showed a small rocky area further out in the ocean. It was completely facinating to see all the layers of rock though, layed down in some long distance past and highlighted by the light hitting all the seperated levels. Little critters scuttled in among the crevaces, and I spotted what looked to be a giant Woodlouse, about the size of my index finger scurring to hide as I got near (eek!!!) I also spotted dense spider webs in several areas, which surprised me. I didnt think they would build those in such a damp area, which may well be under water as the tide came in. Slightly creeped out (not a bug person!!) I decided to focus on trying to get a photo instead.

With such a restricted view, I thought I would try a fine art type of minimilast slow exposure shot. I really like these, I think they are just beautiful, and could hang on any wall without issue.  What a dream to be able to perfect that style myself. But it all starts with the landscape of course and I thought that this might possibly work. I took several shots trying to get it right, but was very unsure whether this rock was interesting enough in the end. I vowed to try some other locations as the trip progressed, perhaps I could find the dream rocky outcrop somewhere else if this didnt work for me.  I did chuckle at one shot with two young seagulls just staring at me though, and wondered whether I might be able to merge a shot with them still in. This was also something I hadnt really had much experience in, but I thought it might be worth considering at the time.

As I finished these photos, I spotted River laying on the boulders behind me, and felt terrible. She was shivering quite heavily, and hadnt bothered me one bit while I was working. I immediately packed everything up, and we climbed back out. Instead of going to the Castle, I thought she should get in the warm for a bit, so I went back to the camper for a warm cuppa, some lunch, and for both of us to get out of the wet for a bit. To be fair once she got moving she seemed much happier, but I felt much better if I gave her a little break from the cold.

After a bit, the sun started coming out and the mist finally lifted for good, so I changed into dry clothing and ventured out to the castle for a second go. There were quite a few tourists there by now so I decided to just walk along the cliff edge to see the view from there. I met a sweet young chinese chap and we chatted for a while. Seems he was very well travelled for a man his age, (just about to go to uni in Europe) but his journey had halted here when we went into lockdown and he hadnt managed to get home, or anywhere else, in months. Like me, Scotland was his bid to get out with a camera. It was this young man that gave me the now familiar ‘ What? You are on your own? Thats quite brave!’ question/statement, only here I was able to express that I was no braver than he was with his global travel, which he understood as a fair comparison. After we had taken a few photos of this viewpoint together, he wandered off to the castle, and I walked over to a nice viewpoint of the Lighthouse, and the rocky stack near it. (see Header Pic)

Once I was done there, I finally wandered back over to the castle. There were still several tourists milling over the site, so I narrowed my vision, taking a photo of an interesting derelict window that really grabbed me. As I continued round the edge, I took several more pictures, patiently waiting for people to clear the frames, and I ended up in a corner surrounded by tall grass. River loved wandering through this, and I was reminded that I needed to keep an eye open for tics, and to treat her with some nice smelly repellant mix before coming out. Perched in the tight corner, I changed lenses to a wide, and somehow lost my lens cap in the process. When I had taken the shot, I searched everywhere, confused how it could have disappeared so easily. In the end I gave up. There was another grey cloud coming, and I really wanted a shot from a further perspective before that cloud decided to relieve itself of its load on top of me! I continued the walk round, and found a nice spot after trudging through lots more tall grass. It occurred to me that during lockdown, without tourists to tread well worn paths, nature had been given a bit of a breather, and as such, many little people paths may well be absent while I continue this adventure. Thats going to be interesting! The shot from my final position was quite nice, but would definately be better with some interesting light, so I made a mental note of that for future reference for a return trip sometime.

I finally decided to stop there for the evening. The cloud was looking more and more grim, and I didnt want to get wet again. My drying spaces in Fred were limited, and I had no idea how long drying might take so I definately didnt want to add to the problem just yet – instead, lets get these wet socks sorted first…. 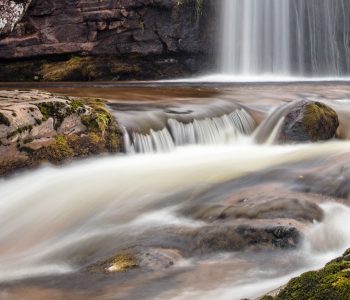 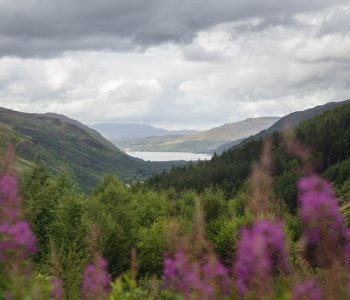 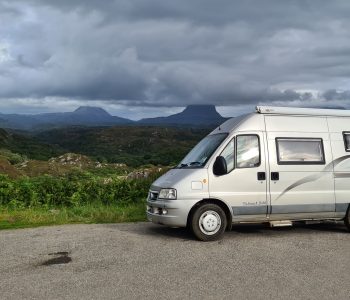 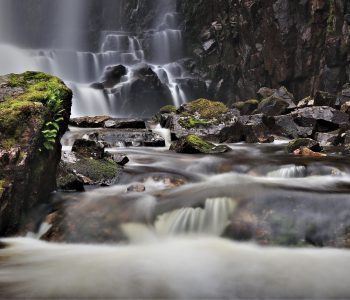 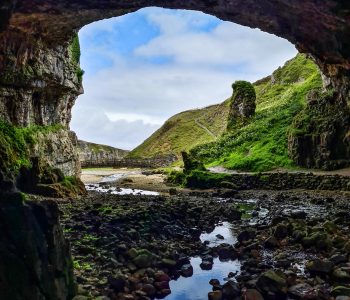 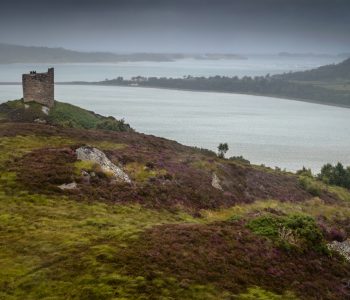 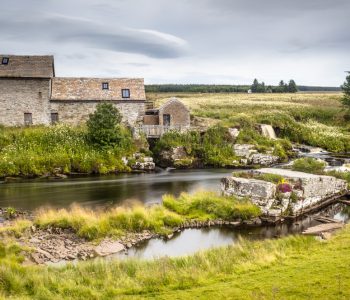 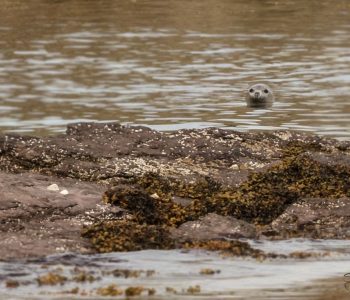