Today was so still that none of the windpumps were working… and after the two nights seeing and hearing them moving constantly, it was really, REALLY eerie! As I got ready to leave Whitelee, I had every intention of making a second trip back here one day. There was so much potential here, it was so interesting, and so incredibly peaceful.

It ended as being a very reluctant departure, but eventually I did, and I started the day by going to Balgray Reservoir. As I approached the reservoir I was met by a gorgeous, pure glasslike reflection when I drove past. Perfect!! This got me really excited. Unfortunately, I struggled to find a parking spot here, since the few provided were already taken. I ended driving up and down the road several times before finding a singular spot just big enough for Fred – much further down the road, but at least I did find somewhere eventually.

River and I walked all the way back up to the pumping house on the reservoir where I hoped to take some photos, but I could immediately tell I had missed the optimum moment. The breeze was just beginning to pick up, and the reflection started to disappear in small bursts – in hindsight I wished I had come here a little earlier than I had. With the sky back to cloud cover, I hadn’t felt the need to rush out though. Silly girl!! Note to self… early mornings arn’t just for sunrise – they are also really good for still water and parking spots! River and I walked around the reservoir anyway – well I was here right?! I tried to take pictures from both sides of the pumping house. Although the dream reflection was now gone, I managed a fairly decent moody shot here, using a 5 second long exposure to still the water enough. It was almost perfect. Almost. Maybe a bit of light on the pumping house, with perfectly still water? Maybe a little light mist to soften the background and seperate it better? Maybe even some… yes, yes… I know, there’s always something else we would like to make any photo ‘the dream one’ right??

We walked back to the road, crossed and then headed to the other reservoirs in this area. Right at the start of the walk there was a really pretty waterfall on Brock Burn, and it had enough water in it to actually bother shooting – Woohoo! Little did I realise how lucky I was with this one! River kept barking at all the other dogs that came past though, so I started getting really irritated with her. I tried what I could, but with her being so annoying, I ended up abandoning the spot to get her moving and focussed on varying views and scents rather than any other doogies coming into ‘our’ space.

As we walked around I found some other spots that looked quite nice, although the light was really naff in them all. The join between Ryat Linn and Woulkmill Glen Reservoirs was supposed to have a spillway waterfall, but the water levels were very low and there wasnt even a dribble today. Rivers angst was not easing up, and I found my frustrations really getting the better of me with every dog she went for. I struggled to focus and enjoy myself, and found myself wandering aimlessly between the rest of Woulkmill Glen, and Littleton Reservoirs. With the light being so poor I found my mood really dropping big time. I kept trying anyway, since these would be memory photos if nothing else. Because the light so flat, I even tried attempting some hand held photos of some bees, and gorgeous butterflies that were enjoying the flowers here. Handheld was clearly a terrible idea too, as every photo was awful, which just frustrated me all the more on top of everything else. My mobile did a far superior job! (see header) Eventually, everything seemed to get the better of me. Today felt like one of those ‘nothing is working!’ days, and frustration just built to a peak. Even tho in theory this spot had some lovely opportunities that could have opened up to me, I really struggled to find them.

We left when I couldn’t cope any more, and as I got to Fred I realised that part of my problem was where I hadn’t eaten anything yet. I was obviously very tired because my inner fuel level was just far too low! So I made myself a ham, cheese and onion toastie in my Ridgemonkey, and soaked each side in egg. Yum! I felt much better after that. As I ate, I looked at map to see where my last location for East Renfrew was  – Harelaw Dam. Looking at the location I felt very uninspired due to todays visit being much the same subject, so I scoured the map that Google was showing me, to see what else might be in the area instead. In doing so, I spotted an iron age hill Fort that looked far more interesting. It looked to be near some water too so I felt there might be some possibilities here and drove to that location instead. 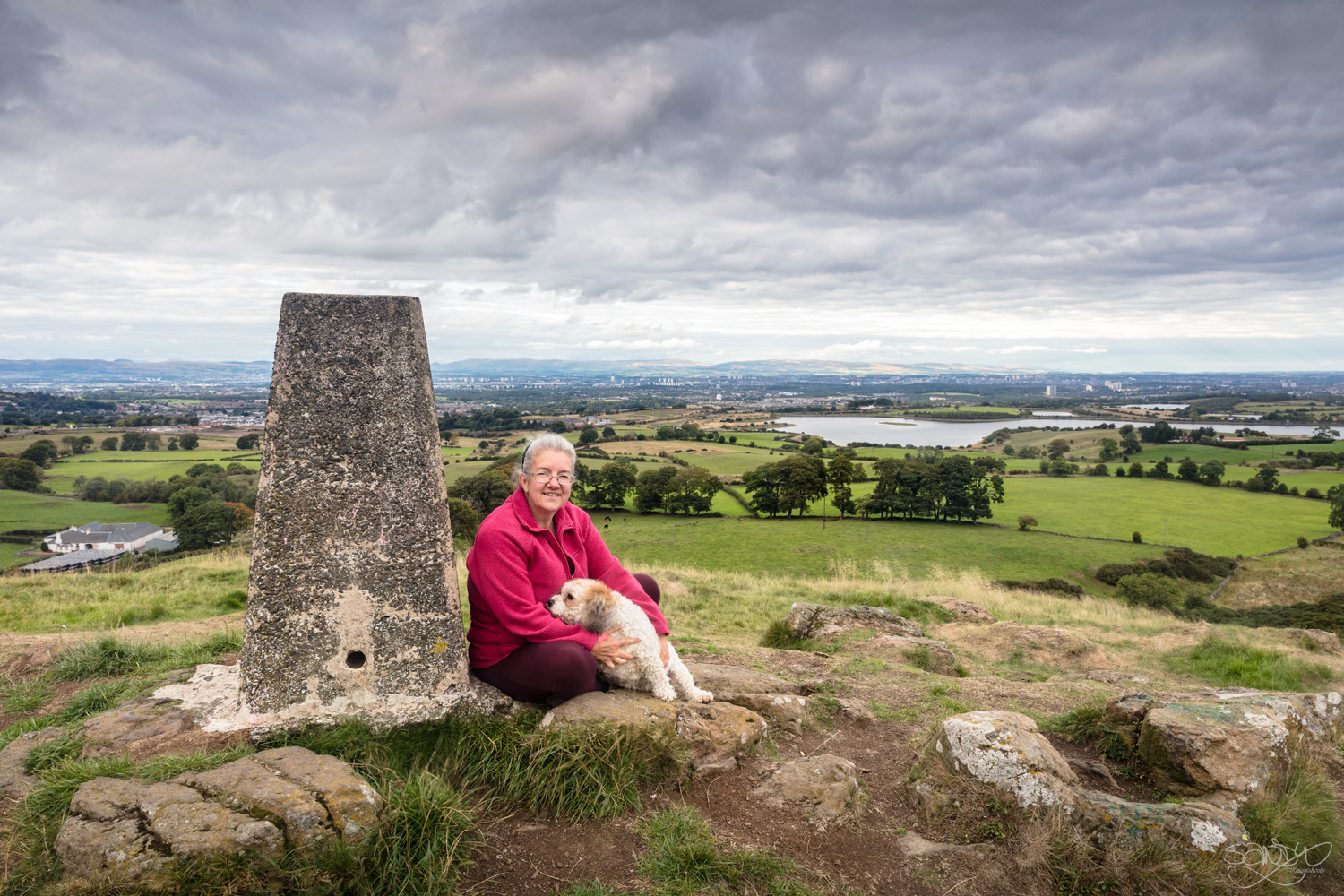 As it goes, it was a much better choice, I managed both reflection and viewpoint shots here. The short but steep hike up the hill that the fort originally stood on, was enjoyable enough in itself, and made for a really pleasant last visit in this area. It completely lifted my spirits above the grumpy morning that I had experienced. The view was really gorgeous, and tho I could see sunshine dancing across the hills in the distance, they never came any closer towards my position. It seems this area was just destined for grey flat light for the day but I counted my blessings  that at least I didn’t get rained on! When we descended, River and I were accosted by a small herd of cows. They were only curious about us, and not at all aggressive, but them all coming at us at once was a little nerve-racking, before they then wandered off to the waters edge. A short walk further and I found and fell in love with some very small knarly red berried trees, that stood at the bottom. I am not well informed about trees, but these were really gorgeous, so I took a small leaf and berry sample to identify them later on. I found out they were Hawthorn trees, and considered one might make a lovely feature in my garden back home…

As we were edging to later in the day, I hoped for a sunset reflection shot here, but it didn’t really happen. The dappled grey cloud cover was just that little bit too heavy, going a soft peachy pink on the edges of the clouds instead. It was still quite pretty. On top of this a bunch of swans keep swimming across my reflection, rippling up the water forcing me to wait longer. I swear they were doing it on purpose in the end! I waited for ages trying different shots with the water as still as possible, and praying for something before the sky lost its colour. In the end I managed to capture one image that will at least work as a good record to remind me of future possibilities.

After that I decided East Renfrew was done, so headed for the Barr reservoir in West Renfrew ready for the early morning shot I hoped for there. I arrived in the dark, but as far as I could tell, there was no parking anywhere nearby, except for members of the fishing club, that, I guess, owned the land. So I drove on to Semple, my next location on the West Renfrewshire list, arriving in the pitch black, very tired and very relieved to have somewhere to stop! 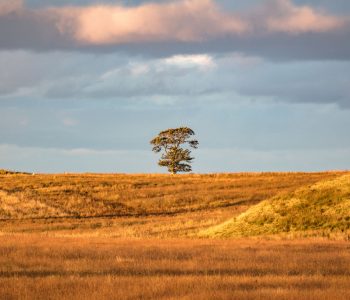 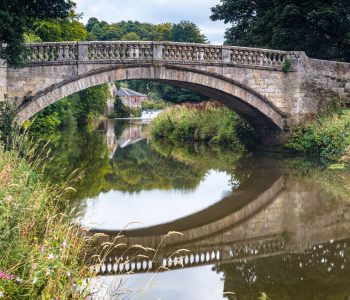 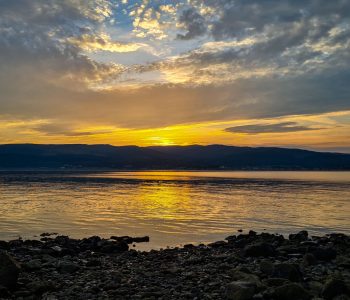 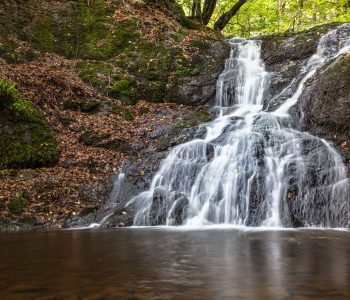 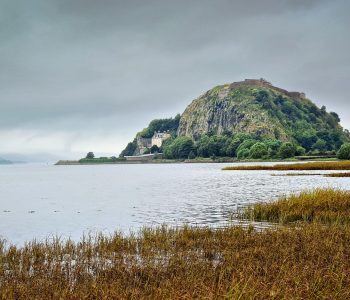 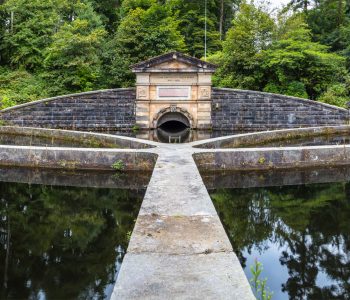 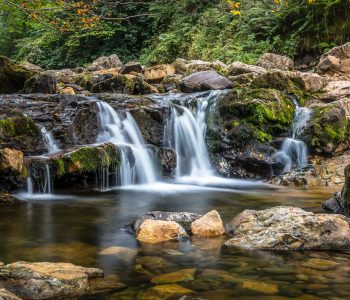 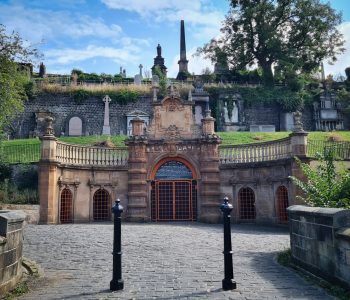 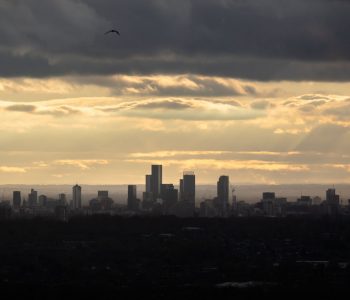 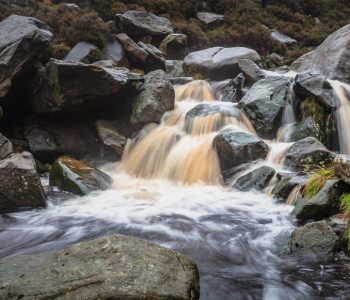